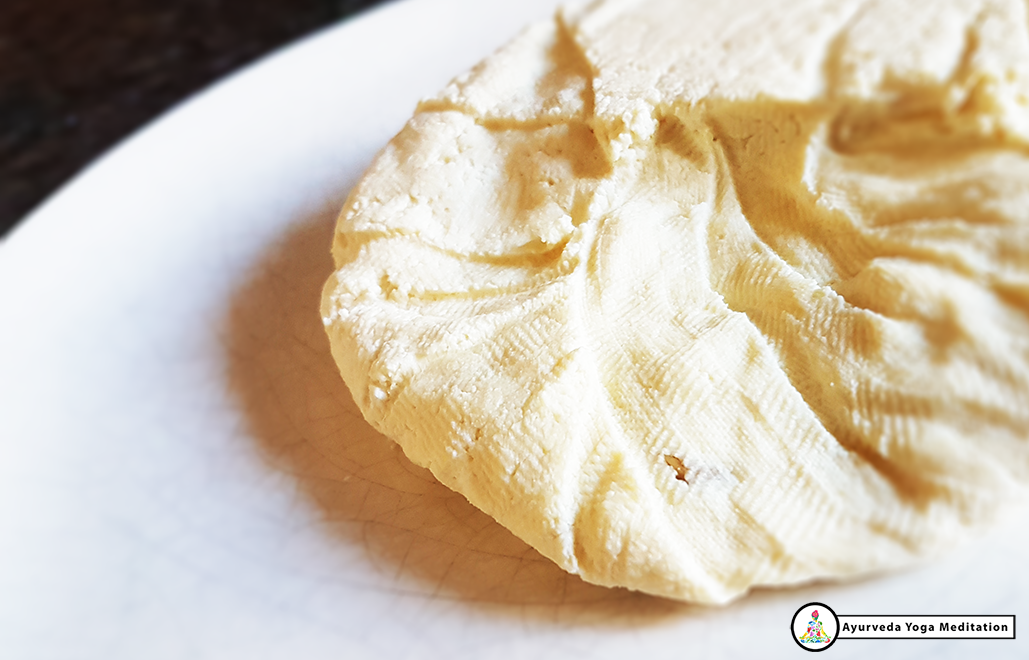 For about 200 grams of paneer:

Bring the milk to a boil in a large saucepan (Be careful, the milk rises very quickly, so watch it carefully!). Turn off the heat when it boils.Squeeze the lemon and pour it into the milk, stirring gently.After about 15 minutes, the "curd" will form as it separates from the "whey".In a colander, once the milk has cooled, lay out a clean gauze or tea towel. Pour it in and wring it out gently.Still in the tea towel, flatten the paneer over 2 to 3 centimeters and let it rest under a heavy object so that the pressing continues.Leave it like this for a good 30 minutes.Your paneer is ready!

Paneer can be kept for 2 days in the refrigerator, or a little longer in a brine.Paneer is the Indian "basic" cheese used extensively in Ayurvedic cooking. Indian ! but not only ... This "curd" is also used in the West since the Egyptians. Nowadays, it is the basic constituent of our cheeses... It often replaces meat in vegetarian dishes. Organic and raw cow's milk has an important place in Ayurveda and is considered a "sattvic" food, promoting the production of Ojas and positive mental qualities. Soft, smooth and tonic, it pacifies Vata and Pitta, and aggravates Kapha. Paneer is heavy to digest. Therefore, it should be consumed only occasionally.In Ayurvedic cooking you can find it in many preparations: fried paneer cubes coated with spices, Palak Paneer, Cheese Naan, etc...Recipes to come!

Even more sections on our application

Even more sections on our application